Core Bitcoin developer Gavin Andreson has sparked debate across the Bitcoin world by posting a proposal to increase the digital currency’s block size limit to 20MB by 1st March 2016.

Posting on Reddit, Andreson confirmed his intention to start a debate on the issue, which has proven to be controversial in the past. He also promised a series of blog posts to make his own position as clear as possible.

If Andreson gets his way, a hard fork will be required to implement the changes. This means that everybody must update their software together in order to keep the network together. If some users make the change and others don’t, then the two groups would end up on different ‘forks’ – effectively meaning that Bitcoin would have been broken into two networks, each one of which would refuse to recognize the validity of the other. There would then be two different digital currencies competing for the name ‘Bitcoin’.

What is Block Size?

In Bitcoin terminology, a block is simply a set of transactions. A new block is generated by miners, on average, every 10 minutes. In order for a BTC user’s payment to be included in the blockchain and confirmed as having taken place by the rest of the network, it must be included in a block of transactions by whoever mines that block.

Disclaimer: This is intended to give you a general flavour of the debate, and is not in any way to be considered comprehensive.

Within the Bitcoin code, there is a limit on the maximum size that each block can be. This serves to keep the blockchain to a manageable size, meaning that more people can run full nodes to support the network, helping to make it more decentralized and truly ‘peer-to-peer’. It also limits the requirements for miners to buy hardware to store the blockchain, although the extreme cost of mining hardware today makes this potential storage costs a tiny drop in the ocean. Block size also informs the way that miners charge fees. Transactions are generally put into any block, as long as there is plenty of space for them. For smaller transactions, there is usually enough space in any block, so they get included pretty soon even with zero fees or very low fees. A larger or more complex transaction may have to wait a long time to get included in a block – unless they pay a higher transaction fee to encourage miners to include them sooner. Transaction fees are important to the miners who maintain the Bitcoin network and will become even more important because eventually no more new coins will be created meaning that miners will only earn a reward from these transaction fees.

In addition, the block size limit plays a role in helping to reduce spam and making it harder for people to negatively impact the performance of the network using DDoS (Dedicated Denial of Service) attacks.

But because there is a limited number of blocks which can be mined in a day, the block size limit also means that there is a limited number of transactions which can be processed in a day. As Bitcoin’s popularity and use continue to grow there are serious concerns that this issue could limit the digital currency’s success.  Users could be forced to face long delays before their transaction is confirmed by the network unless the agree to pay high fees to the miners in order to get it included.

Although the increased limit may mean that miners get fewer fees on average per transaction, there is an argument that this will be made up for by the increase in the number of transactions.

Ultimately, this is an issue of how to make Bitcoin more scalable – more able to handle the massive numbers of transactions that other globally popular payment systems like VISA process on a daily basis – without compromising the network’s security or decentralized ideals. 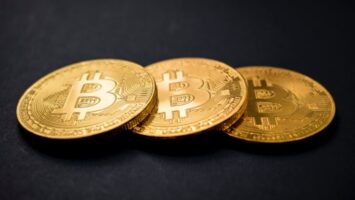 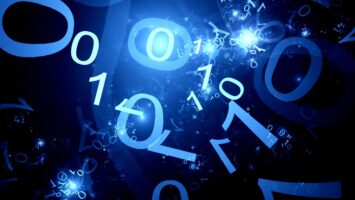