A recent report by the Euro Banking Association (EBA) makes the case for Europe’s banks and traditional financial service providers to increase levels of co-operation with the current crypto technology community.

Of course, this is far from the first time a prominent player in high finance has come out to publicly recognize the potential of blockchain technology and other recent innovations in digital currency. In the past week, for example, NASDAQ announced a pilot program to experiment with the use of ‘Coloured Coins‘ for the trading of stocks and shares over the Bitcoin blockchain. This itself seemed to present a significant step forward in the acceptance of Bitcoin by high finance, as it represents the first time that a major player has discussed not only adopting the ‘underlying technology’ which drives Bitcoin but potentially making use of the Bitcoin blockchain itself.

Whilst a month ago it would have been easy to presume that any adoption of blockchain technology by high finance would most likely involve the development of their own in-house systems and blockchains/ledgers, it now looks increasingly likely that banks, stock exchanges and other big players are more likely to consider directly adopting currently available technology and making use of current blockchains – potentially including many of today’s more successful altcoins.

In its recent report, the EBA acknowledges that crypto technology is “more than just a passing trend”, suggesting that its potential is greater than an observer of the current climate may think due to the fact that the industry is being held back by regulatory uncertainty. It identifies a range of different areas where decentralized technology may prove superior to current banking systems which it admits where developed in an era when records were kept on physical paper rather than on computers. One image included in the report details these different areas and includes reference to a range of projects involved in these areas: 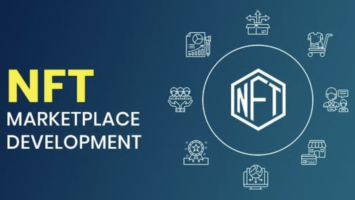